This is what happened when Adam followed Ali to the castle.

He stood there for a long time while she protested.

Then she put down her sign. Maybe now the kiss will happen!

Elsewhere, folks were getting really excited about this protest.

There’s Arya with a sign. Rene Yo-Mai is shouting through the wall into a megaphone.

Here’s Hunter autonomously taking a bath in the bathtub I was moving around the yard, trying to figure out how the heck to make pet baths work.

Here’s the Basement of the Baerwyn house after I installed Island Paradise.

I did my dangedest to fix the Criminal lot, and I just couldn’t find any way to do it. I replaced the Baerwyn house with a different 20×20 lot. I had to delete the Criminal graveyard. I ended up replacing it with the Smuggler’s Cave from Island Paradise. That’s a great criminal rabbithole for a small world.

Alberto Sample-Royale has started dating Echo Weaver. And Faith Cagley. And Anita Bookabet. He also called up Eliana for a date and wrote a love letter to Veronica. This boy is downright dangerous when he’s single.

For some reason, Ariel Hodgins got into chess and was stomped by Weston Mentary.

Raen Mai and Mitchell Bachelor, still engaged but not married, had a baby boy named Justin.

Muscadine Marmalade and Melia Lorien got engaged. Nemo Hodgins stepped up his stalking of Melia.

Sebastian and Lynn Sword are the sweetest elderly couple in town.

Veronica gets bored in retirement: 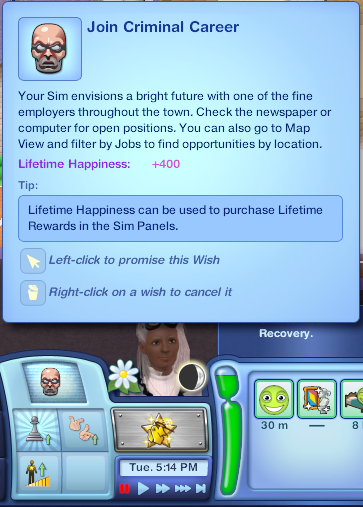