Oh, hey, I forgot I had a Simantics post queued up. So, for your reading pleasure while I try to turn the 900 (!) pictures from Gen 6 into some posts….

Now that the pond on the Sample estate has frozen over, everyone’s favorite way to get to the arboretum is to slither on the ice.

Ghost Connor has an even better approach.

I guess when you’re dead, you can’t freeze to death.

Here’s a random winter shot of Hunter and Eliana’s little cottage. Note the large garden and barn in the back.

Reminder that Sky is a ghost.

Wait, a gravestone with arms!

Oh, hi Veronica. What are you doing out during the day?

More inappropriate heart-farts, this time between a paparazzi and Xia as she and Sky are IN THE PROCESS of initiating sarcophagus woohoo.

Perhaps this was also because she’s a ghost? Or it could just be game routing.

And now for the Avalon gossip column:

We have a new simself! Welcome Sam Pistachio of the Dysfunkshinul Legacy! Sam immediately became a professional author. That’s all of our dreams isn’t it? She has gone into non-fiction, and her first book is the critically-acclaimed Baguette: Food or Weapon.

Charles’s immaculately conceived Chinese love child, Charlotte Stemple, married Miyuki Mai-Yo (widow of Jeanna Crumplebottom-Yo, widow of Shanni Sample Crumplebottom; the chain of sugar mommas and girl toys continues…) Miyuki and Jeanna had no kids, but she and Charlotte have been at it like rabbits. Two kids as fast as they can be conceived: girl Monica and a baby boy whose name I didn’t record. That’s a nice pair of gene-sets, so have at it girls.

Blackberry Marmalade and Alexandria Berg Marmalade got married! For the third time, I think. They don’t get divorced, mind you. Just married. Maybe they love weddings so much they can’t stand to get married just once.

Partying aristocracy Garry and Arya Bookabet Crumplebottom finally bowed to pressure and had a son Jasper. (This has nothing to do with me wanting the Crumplebottoms to be hereditary nobility, but neither Jeanette nor Garry bred on their own.) This fellow is the sole heir of the Crumplebottom fortune. 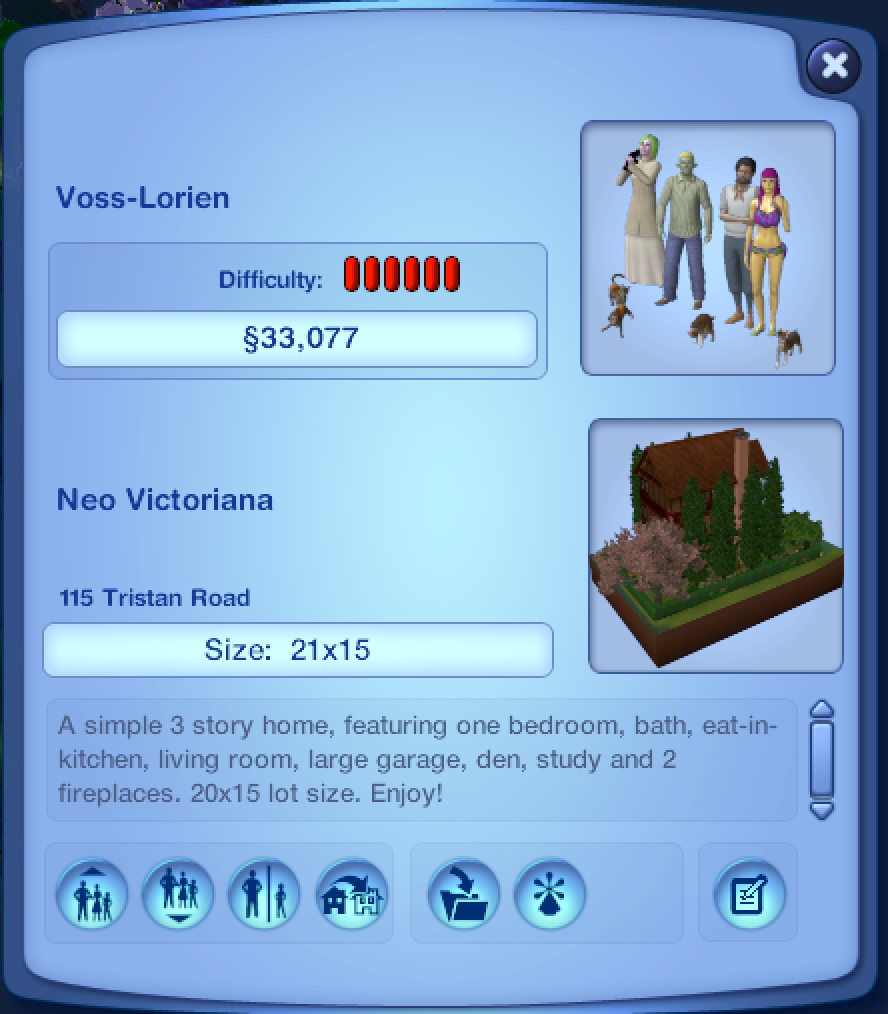 Horsewoman Dragonwife Bard Wu has taken up racing on her noble steed Buffy.

It hasn’t gone well. I get a lot of these:

0 thoughts on “Simantics: The Society for Things Stuck Through Other Things”