Here we are at last!

I was going to try to put together a little testimonial for each character the way I did for the last poll, but I think all the characters have expressed themselves pretty well so far in the story, and I can’t come up with any pithy ones anyway.

Lifetime Wishes listed only apply if the sim is chosen as heir. Spares will get LTW suited to moving out mid-generation, which may or may not be the same.

By my house rules, I get to decide the final trait for each character, and I haven’t really decided on Abby and Sawyer’s. I have listed strong possibilities.

Notes: Sky has maxed painting, and she should live long enough to do portraits for Gen 6. I’ve played enough painters; I’d like for Dylan to use his Artistic trait for Writing and focus on being a photojournalist. Sadly there’s no LTW for Writing and Photography, just Visionary for Painting and Photography. I was annoyed enough that I almost decided to create one as a house rule, but I think World Class Gallery will serve.

Genetically, he seems to have gotten a great mix of his anime-Asian genes on Leah’s side. His eyes are not Leah’s, and I think his jawline must also come from a grandparent. 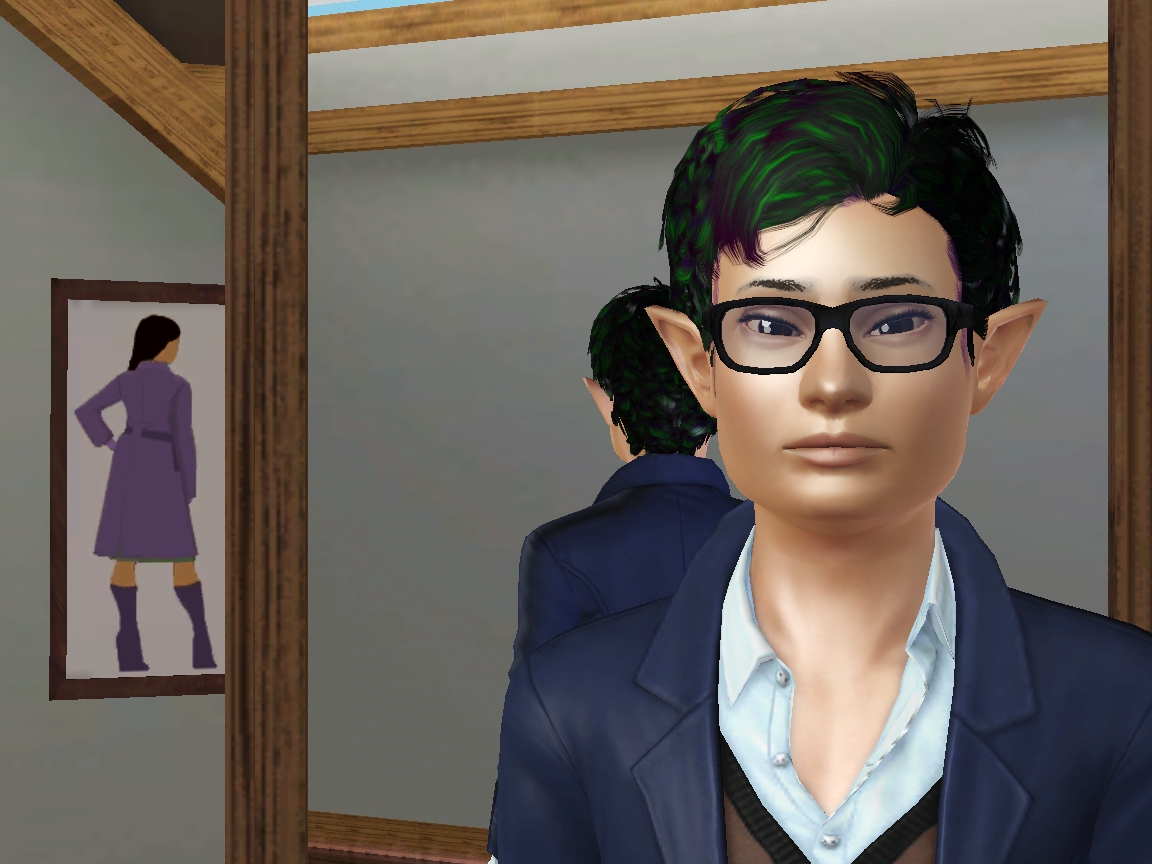 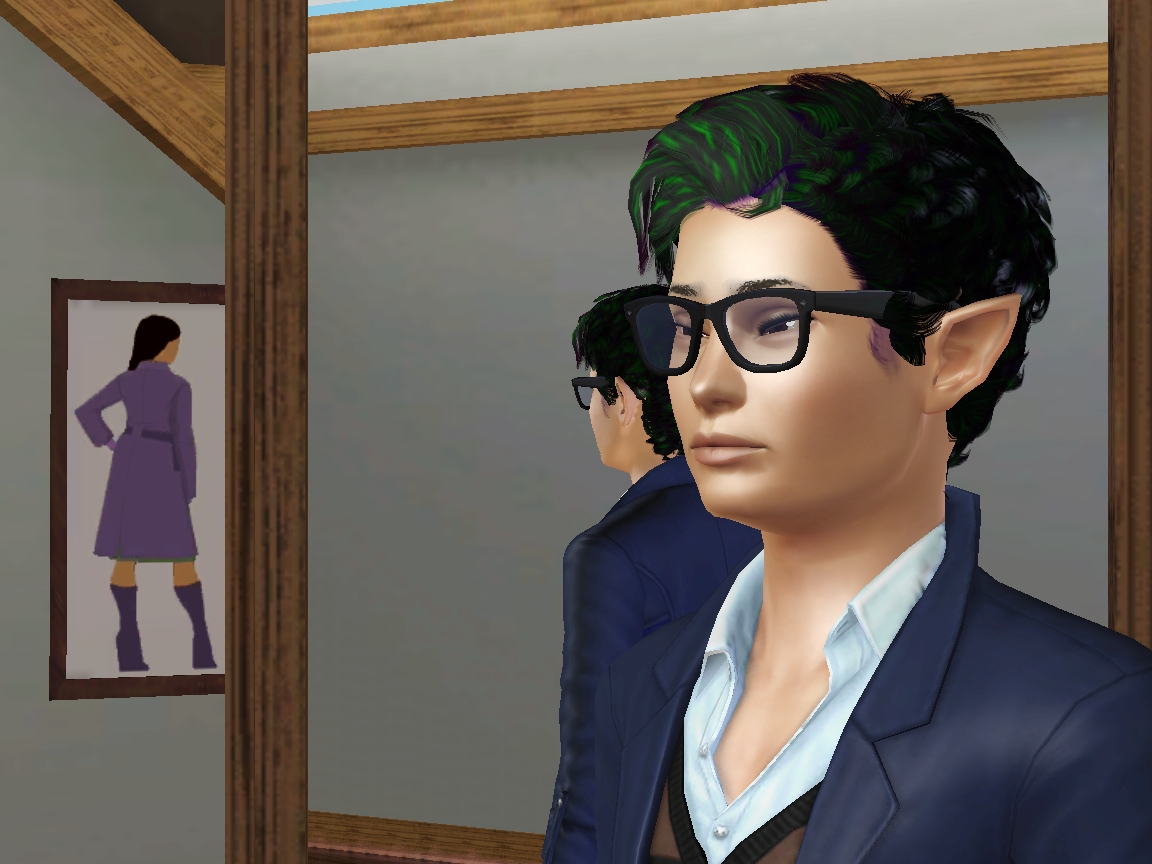 Bonus pictures without his glasses. 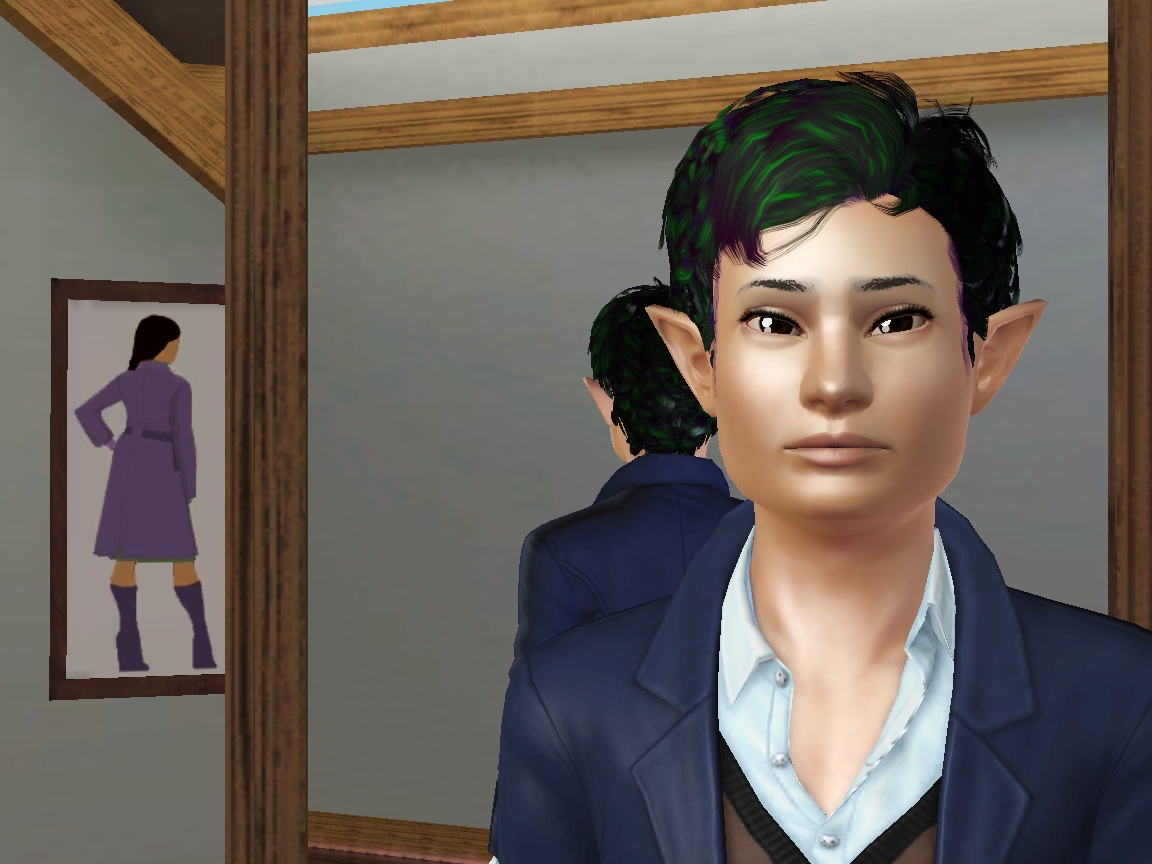 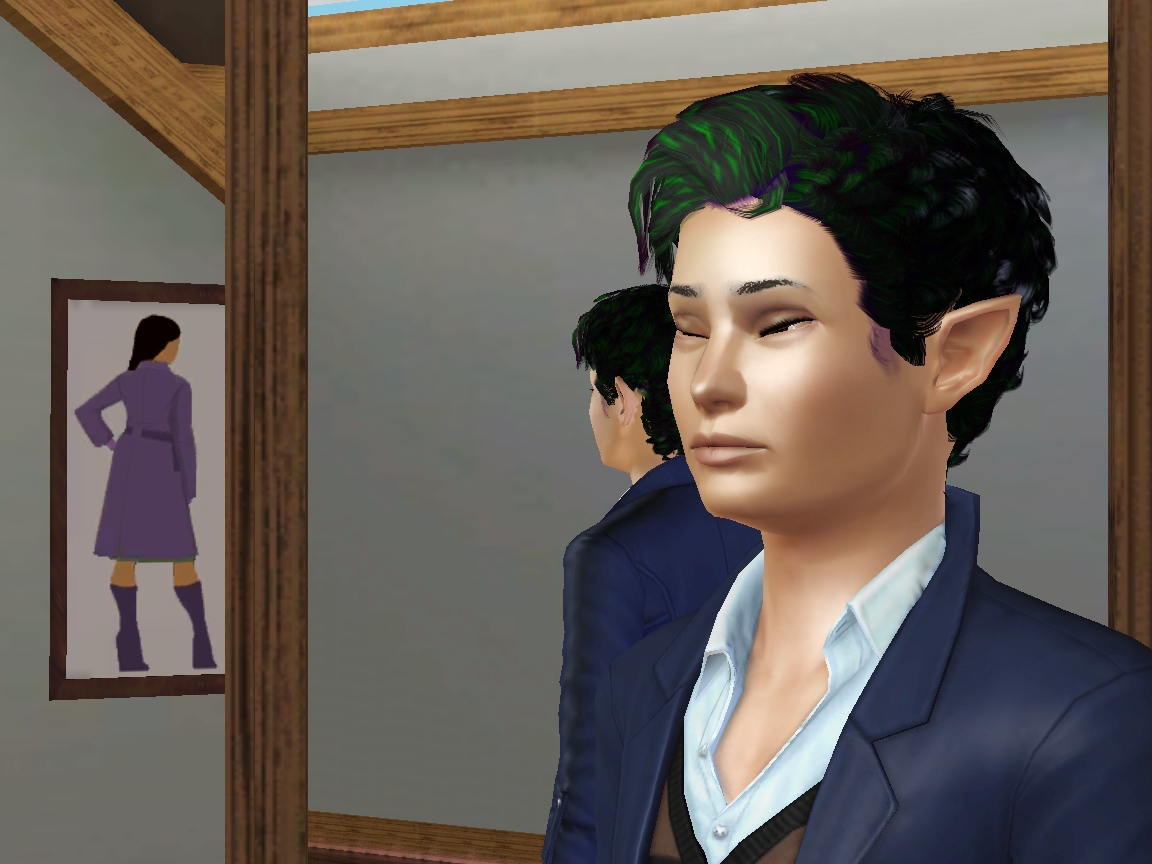 Note: I haven’t seen many folks do the acting career in legacies, and reviews say it’s pretty fun. Also I’d get to play around with paparazzi again. I have a good sense of Abby’s strengths and weaknesses as a character and where she probably needs to go, but I have less idea how her story might go than the other two. This has never been a problem, though. I build my stories out of game events, and the game has never let me down.

I think that Abby’s genes are more nuanced than the other two characters. You can best see her Asian genes in profile. Also, remember she’s the genetic granddaughter of Zahn Wu! (Through his elf clone-nephew Zane Wu, that is.) 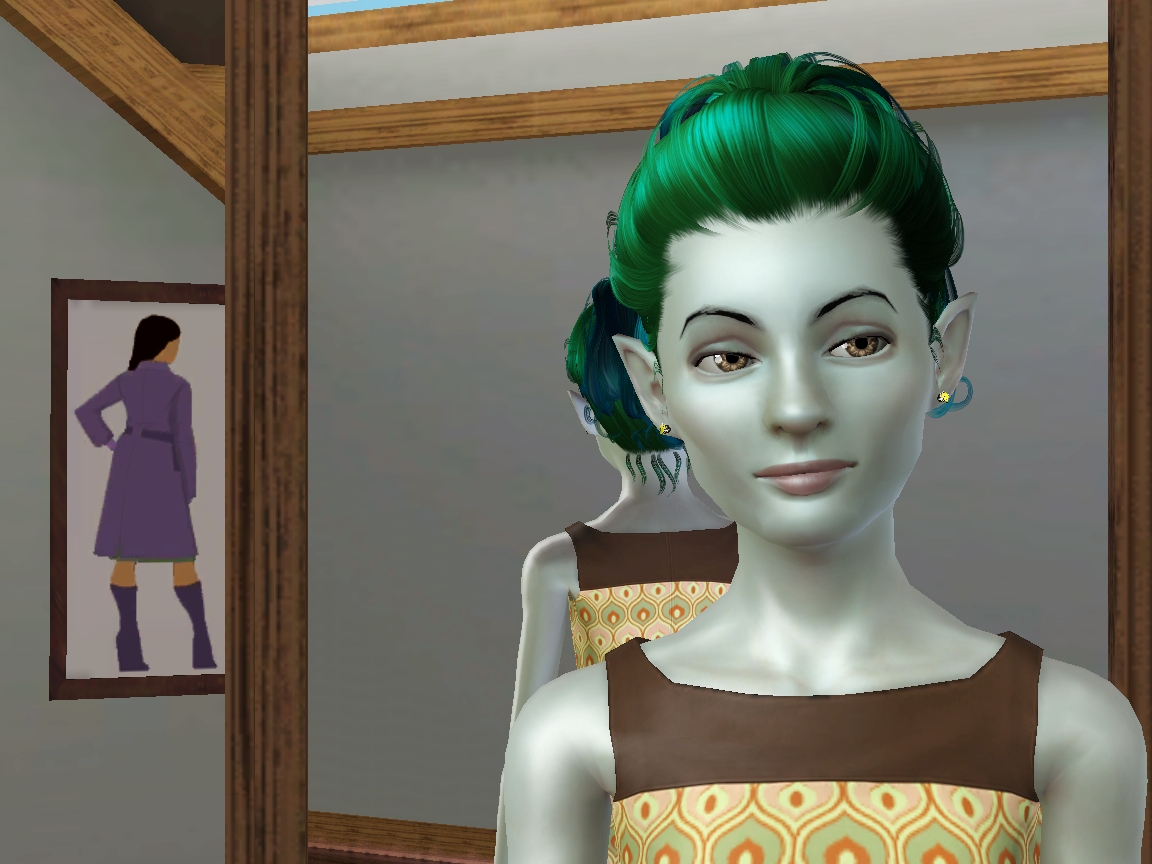 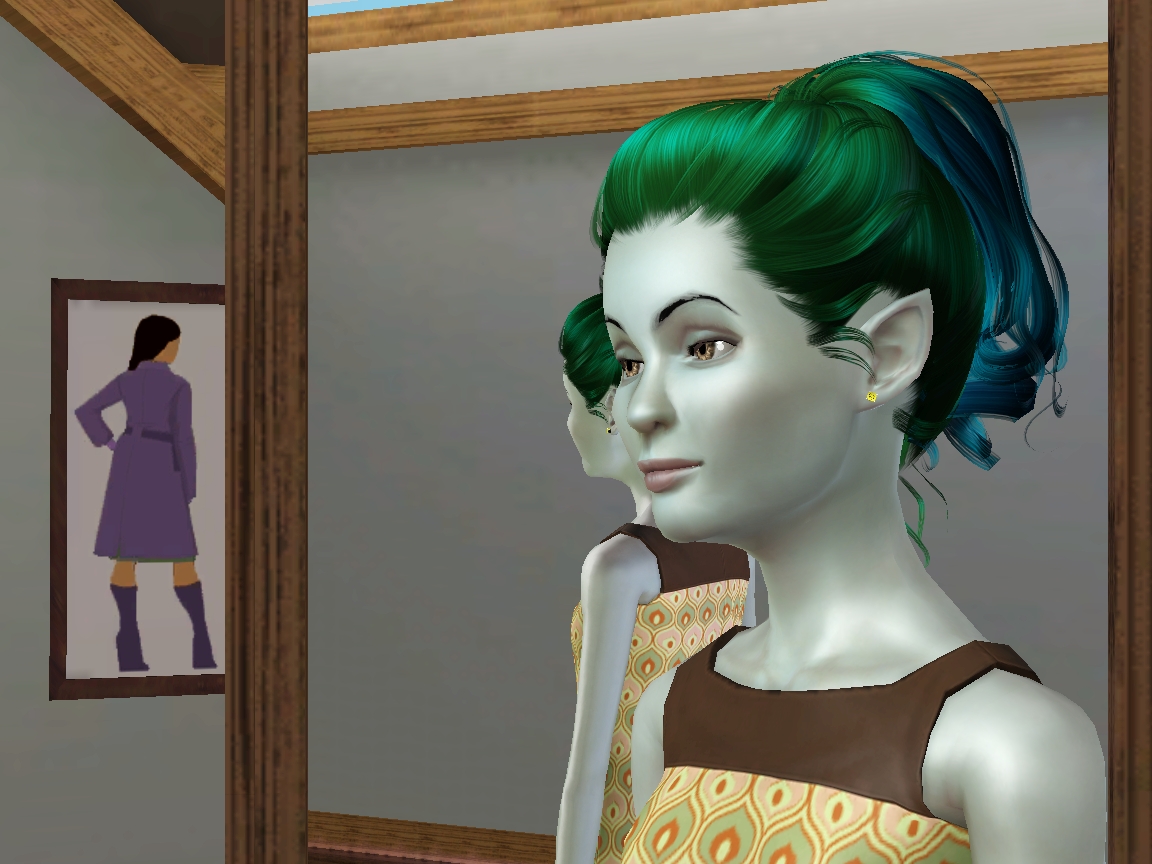 Note: Sawyer is high-functioning Autistic, and he would have his work as a legacy patron cut out for him. Rest assured, there would be heirs 🙂 He also can’t get the legacy trait of Brave because it conflicts with Loser. It turns out that Socially Awkward is also the aptitude trait for the Science skill, thus his passion for science experiments since childhood. He is probably going to go into the Medical career, mostly because I’ve already done Mad Science, and the Ambitions Medical career looks like a lot of fun. Story-wise, he wants to pursue biology and neuroscience to better understand (and justify) his own brain.

Genetically, I’m pretty sure he has Charles’s nose. 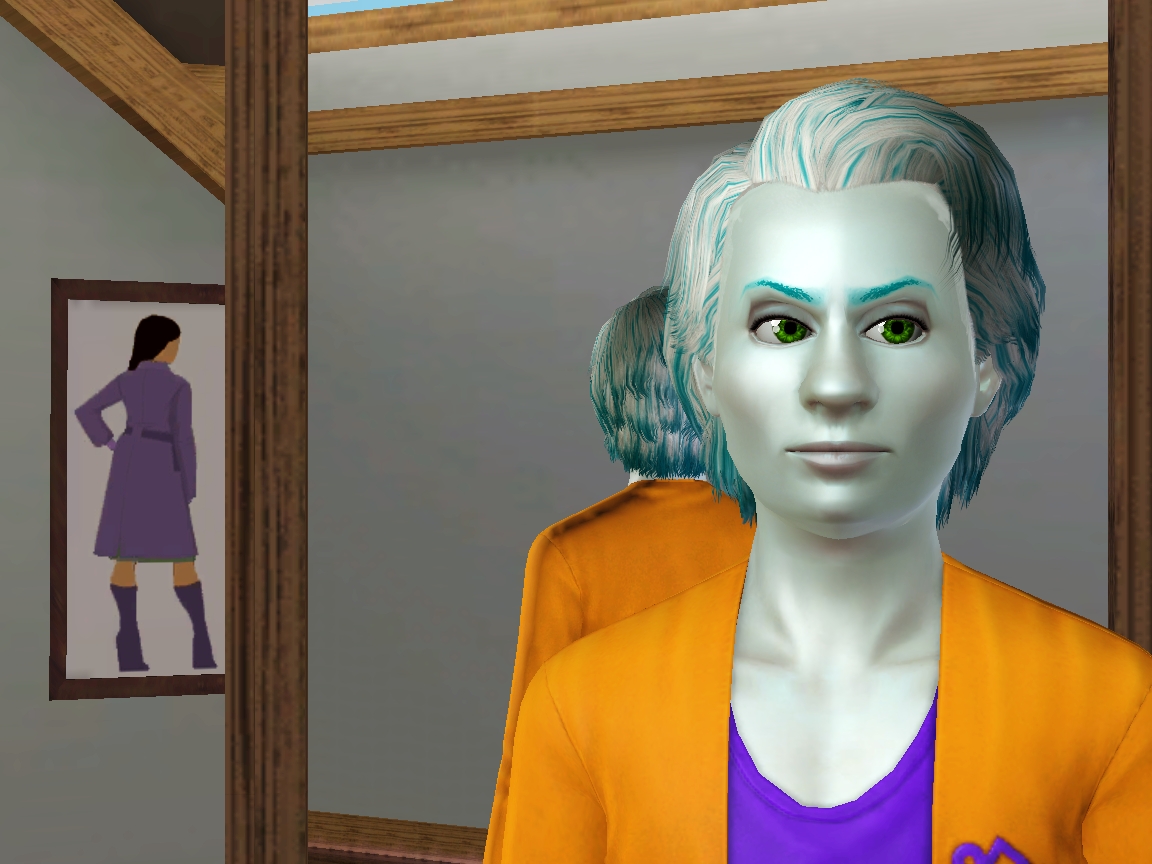 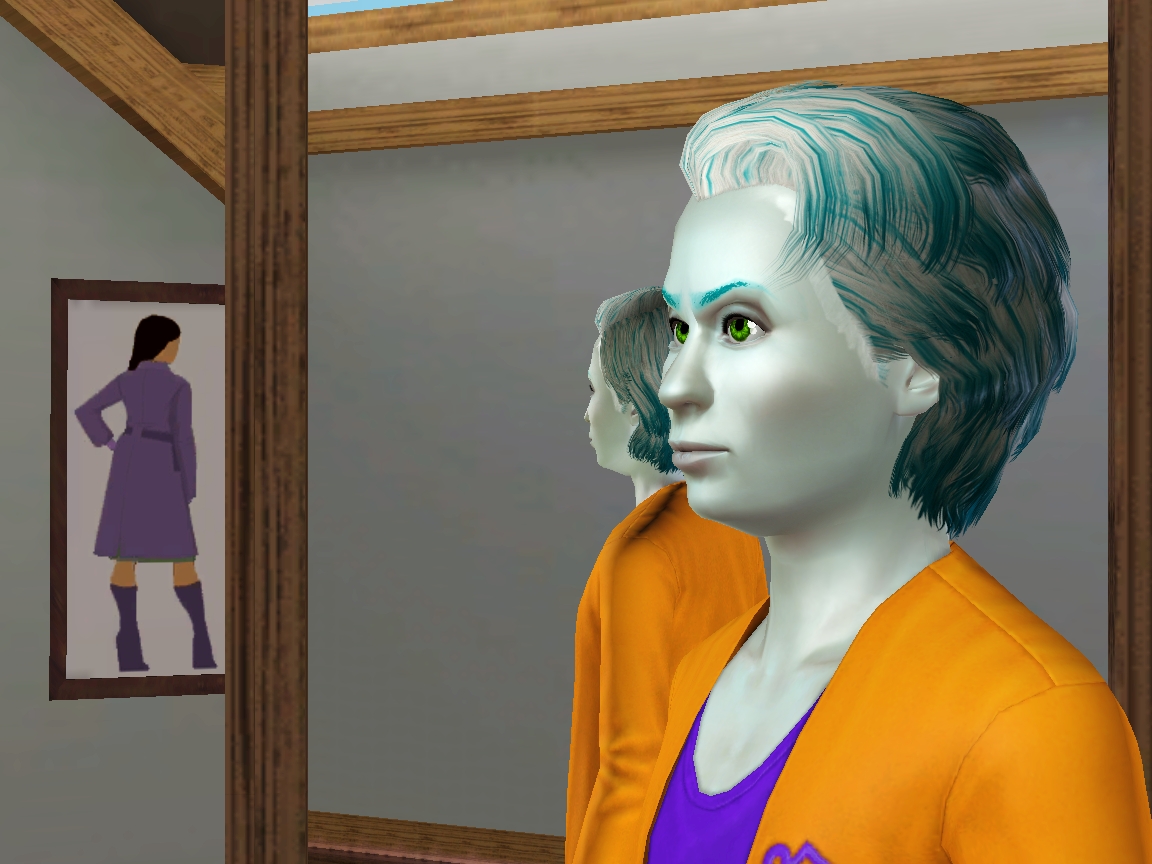 Poll is in the sidebar. If you’re only accessing via phone, you probably can’t see the sidebar. Feel free to vote in the comments: either here, Boolprop, or Google+.

I intend to leave the poll up for at least a week, and meanwhile catch up the half a generation I’ve already played on the Wonderlands! Poor neglected Wonderlands. I didn’t want to play any further without posting, and I’ve been so obsessed with getting to Gen 6 of the Samples that I given them all my posting energy too.