This collection of Simantics pretty much speaks for itself. 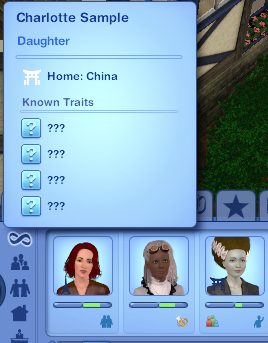 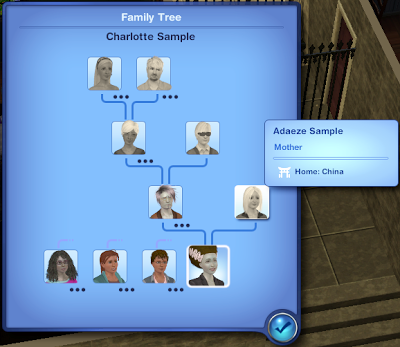 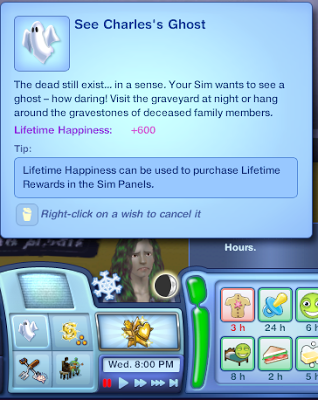 The ghost in the attraction notification was Connor Frio Sample, btw. Just in case you didn’t recognize him.

I have some twisted desire to move Charles’s immaculately conceived (and I swear — I was there the whole time) World Adventures love child to Avalon under a different name.

OTOH, Zuzu and David Weaver-Doctor had another kid, this one a boy named Dexter.

Jeanette Crumplebottom took a ride on the Anton train.

The younger generation is starting to get some action. Alice Bookabet and Ignacio Butterfield-Callender are an item.

Alexandria Berg and Blackberry Marmalade (both teens) are in an intense relationship.

William Pierce and Beatrice Saunders had a girl named Adriana.

Eliana Baerwyn’s father Robbin, who was widowed from his beloved wife last update, has taken up with Valerie Ursine-Mentary. Poor Valerie likes them old, which means she’ll probably be widowed again.

In a move that shocked no one, vampire January Callender married her vampire paramour Matt Doctor. The two have been living together since about four sim-days after the move to Avalon and have at least one child together.

6 thoughts on “Simantics: An Essay on Wrongness in Pictures”